What is Simple Linear Regression in Machine Learning?

The dependant variable must be a continuous/real value, which is the most important aspect of Simple Linear Regression. The independent variable, on the other hand, can be assessed using either continuous or categorical values.

The major goals of the simple linear regression algorithm are:

The Simple Linear Regression model can be represented using the below equation:

a1 = It is the slope of the regression line, which tells whether the line is increasing or decreasing.

ε = The error term. (For a good model it will be negligible)

In this step, we'll build a Simple Linear Regression model to determine which line best represents the relationship between these two variables.

To use Python to create the Simple Linear regression model in machine learning, follow the steps below:

Data pre-processing is the initial stage in developing the Simple Linear Regression model. It's something we've already done in this tutorial. However, there will be certain adjustments, which are outlined in the stages below:


By executing the above line of code (ctrl+ENTER), we can read the dataset on our Spyder IDE screen by clicking on the variable explorer option. 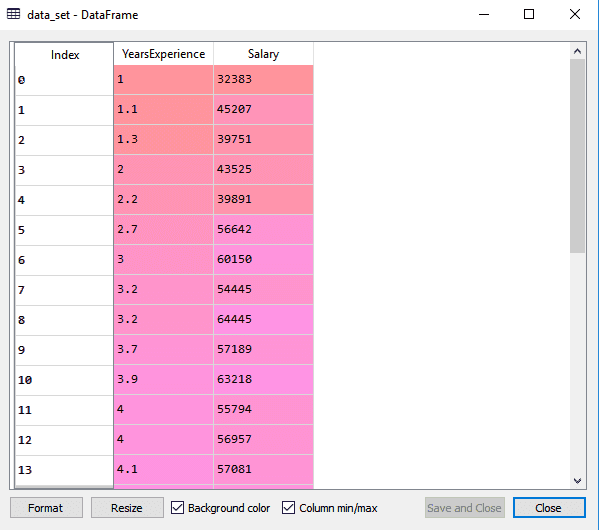 The dataset, which has two variables: salary and experience, is shown in the result above.

Note: The folder containing the code file must be saved as a working directory in Spyder IDE, and the dataset or csv file must be in the same folder.

If we run the above piece of code, we will obtain the following results for the X and Y variables: 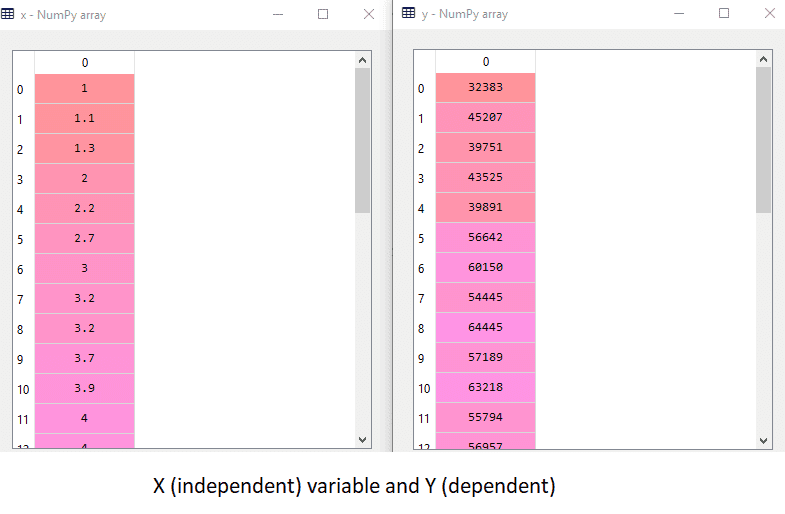 
We will get x-test, x-train and y-test, y-train dataset by executing the above code. Consider the below images: 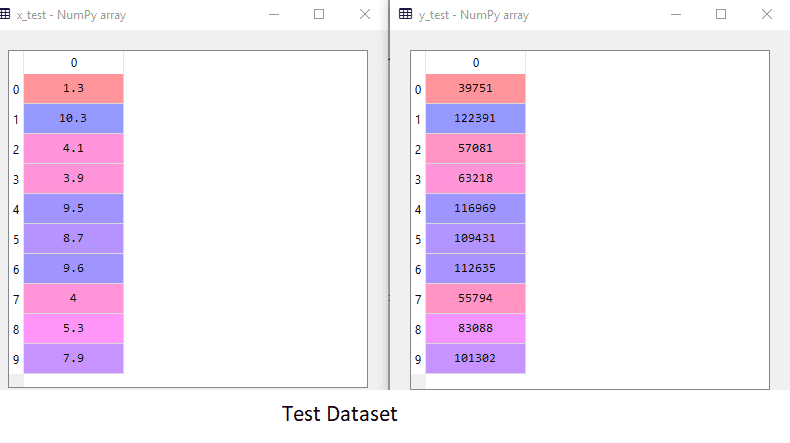 When we provide the input values (data) to the function, it gives the S-curve as follows: 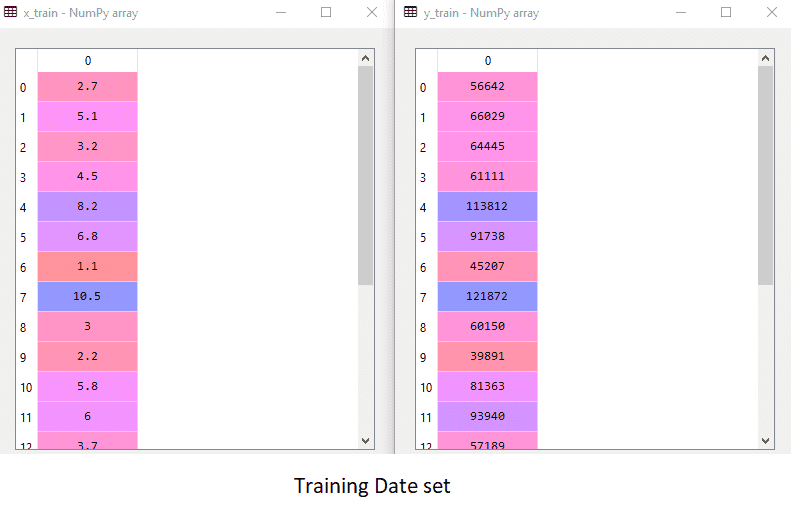 Step-2: Fitting the Simple Linear Regression to the Training Set:

Fitting our model to the training dataset is the next step. To accomplish so, we'll use the Linear-model library's Linear Regression class from scikit learn. Following the import of the class, we'll create a regressor object. The following is the code for this:

We used the fit() function to fit our Simple Linear Regression object to the training set in the previous code. We gave the x_train and y_train parameters to the fit() method, which are our training datasets for the dependent and independent variables, respectively. Our regressor object has been fitted to the training set so that the model can learn the correlations between the predictor and target variables quickly. We will obtain the following output after executing the above lines of code.

When the above lines of code are run, two variables named y_pred and x_pred will appear in the variable explorer options, containing salary forecasts for the training and test sets, respectively.

You may inspect the variable by using the IDE's variable explorer tool, and you can compare the results by comparing y_pred and y_test values. We can see how well our model is functioning by comparing these numbers.

We will now visualize the training set result in this phase. We'll perform this with the scatter() function from the pyplot package, which we already imported during the pre-processing stage. The scatter () function plots observations in a scatter plot.

The plot's title will be given next. So, we'll use the pyplot library's title() function and supply the term ("Salary vs Experience (Training Dataset)").

After that, we'll use the xlabel() and ylabel() functions to give labels to the x- and y-axes, respectively. Finally, we will use display to represent all of the above on a graph (). The code is as follows:

By executing the above lines of code, we will get the below graph plot as an output. 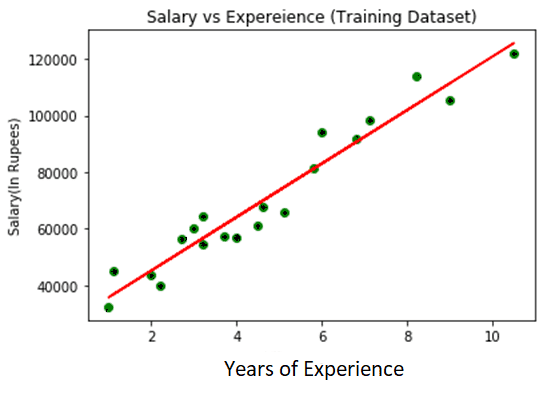 The true values observations are shown in green dots in the above image, while anticipated values are covered by the red regression line. A correlation exists between the dependent and independent variables, as shown by the regression line.

Calculating the difference between real and projected values might reveal how well the line fits. However, as seen in the graph above, the majority of the observations are close to the regression line, indicating that our model is suitable for the training set.

We visualized our model's performance on the training set in the previous stage. We'll now repeat the process for the Test set. The entire code will be the same as before, except that instead of x_train and y _rain, we will use x test and y test.

To distinguish the two plots, we change the color of the observations and regression line, but this is optional.

By executing the above line of code, we will get the output as: 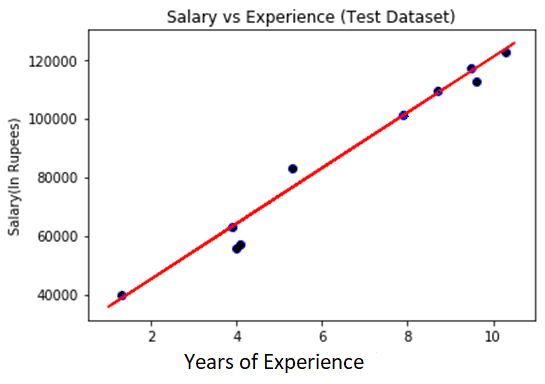