Note: If you want to learn more about this issue, go into the minimax algorithm.

The main condition which required for alpha-beta pruning is:

To better understand how Alpha-beta pruning works, consider a two-player search tree.
Step 1: The Max player will begin by moving from node A, where = - and = +, and passing these values of alpha and beta to node B, where again = - and = +, and Node B passing the same value to its offspring D. 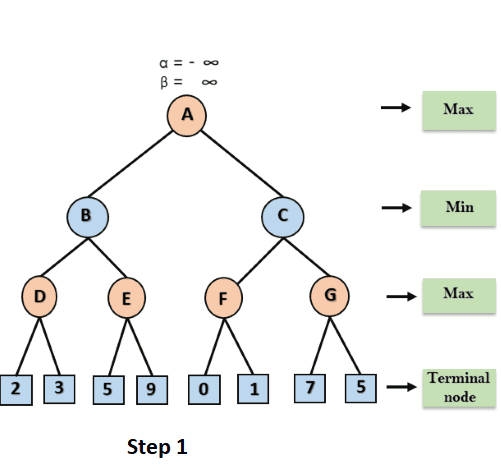 In the next step, algorithm traverse the next successor of Node B which is node E, and the values of α= -∞, and β= 3 will also be passed.

Step 4: Max will take its turn at node E, changing the value of alpha. The current value of alpha will be compared to 5, resulting in max (-, 5) = 5, and at node E= 5 and= 3, where >=, the right successor of E will be pruned, and the algorithm will not traverse it, and the value at node E will be 5. 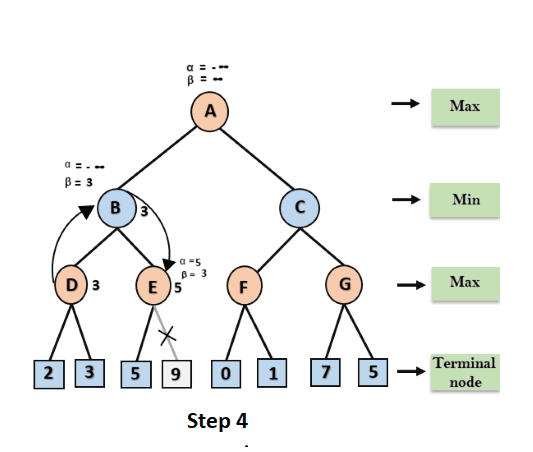 Step 5: The method now goes backwards in the tree, from node B to node A. The value of alpha will be modified at node A, and the highest available value will be 3 as max (-, 3)= 3, and = +. These two values will now transfer to A's right successor, Node C. 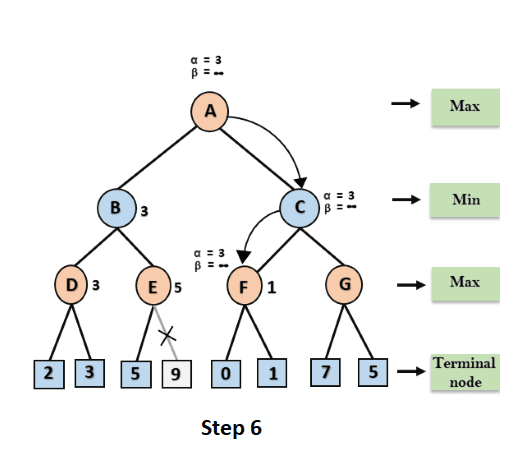 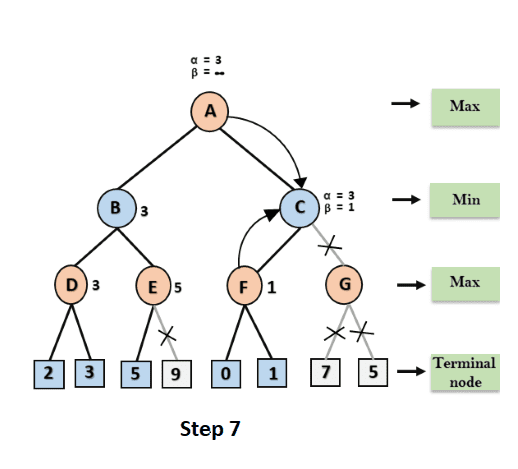 Step 8: C now returns 1 to A, with max (3, 1) = 3 being the greatest result for A. The completed game tree, which shows calculated and uncomputed nodes, is shown below. As a result, in this case, the best maximizer value is 3. 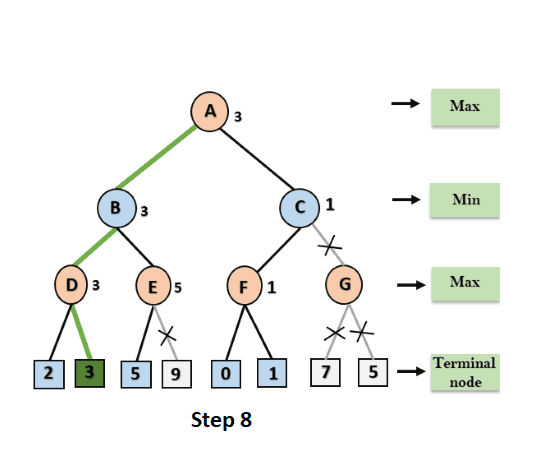 The following are some guidelines for finding effective alpha-beta pruning ordering: