Machine learning is a rapidly evolving technology that allows computers to learn from previous data automatically. Machine learning employs a variety of algorithms to create mathematical models and make predictions based on past data or knowledge. It is being utilized for image recognition, speech recognition, email filtering, Facebook auto-tagging, recommender systems, and many more activities.

What is Machine Learning?

In the actual world, we are surrounded by individuals who can learn anything from their experiences thanks to their ability to learn, and we have computers or machines that follow our commands. But, like a human, can a machine learn from past experiences or data? So here's where Machine Learning comes in. 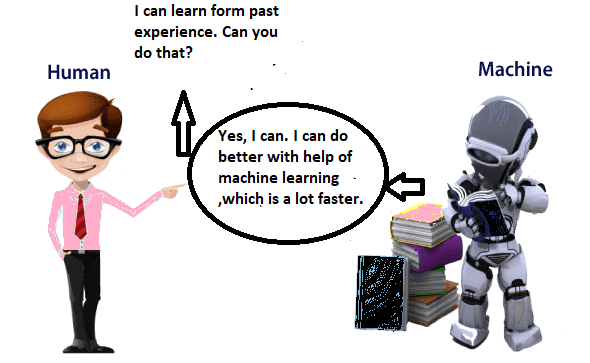 Machine learning is a subfield of artificial intelligence that focuses on the development of algorithms that allow a computer to learn on its own from data and previous experiences. Arthur Samuel was the first to coin the term "machine learning" in 1959. In a nutshell, we can characterize it as follows:

“Machine learning enables a machine to automatically learn from data, improve performance from experiences, and predict things without being explicitly programmed.”

Machine learning algorithms create a mathematical model with the help of sample historical data and this datareferred to as training data, that aids in making predictions or perceptions without being explicitly programmed. In order to create predictive models, machine learning combines computer science and statistics. Machine learning is the process of creating or employing algorithms that learn from past data. The more information we supply, the better our performance will be.


If a system can enhance its performance by gaining new data, it has the potential to learn.

How does Machine Learning work?

A Machine Learning system learns from previous data, constructs prediction models, and predicts the result whenever fresh data is received. The amount of data helps to construct a better model that predicts the output more precisely, hence the accuracy of anticipated output is dependent on the amount of data.


If we have a complex situation for which we need to make predictions, rather than writing code for it, we may just input the data to generic algorithms, and the machine will develop the logic based on the data and forecast the outcome. Machine learning has shifted our perspective on the issue. The block diagram below explains the working process of Machine Learning algorithm:

Machine learning is becoming increasingly important. Machine learning is required because it is capable of performing tasks that are too complex for a human to perform directly. As humans, we have some limits in that we cannot manually access vast amounts of data, necessitating the use of computer systems, which brings us to machine learning.


The value of machine learning can be easily grasped by looking at examples of its applications. Machine learning is currently employed in self-driving cars, cyber fraud detection, face recognition, and Facebook friend suggestion, among other applications. Various prominent corporations, such as Netflix and Amazon, have developed machine learning models that monitor customer interest and recommend products based on that information.

Some key points which show the importance of Machine Learning are as follows: 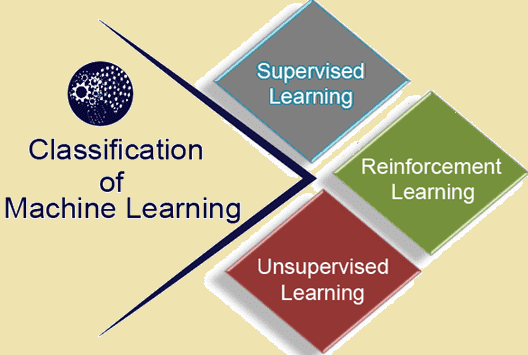 The system constructs a model using labeled data to interpret the datasets and learn about each data. Once the training and processing are complete, we test the model by supplying a sample dataset to see if it accurately predicts the output.

The example of supervised learning is spam filtering, prediction of house prices, etc.

Supervised learning can be classified further in two categories of algorithms:

Unsupervised learning is a type of learning in which a machine learns without any human intervention.

The machine is taught given a collection of data that hasn't been labeled, classified, or categorized, and the algorithm is expected to act on it without supervision. Unsupervised learning aims to reorganize input data into new features or a collection of objects with similar patterns.

We don't have a predefined outcome in unsupervised learning. The machine tries to extract meaningful information from the massive amount of data available. It can be divided further into two types of algorithms:

Reinforcement learning is a feedback-based learning strategy in which a learning agent is rewarded for correct actions and punished for incorrect ones. With these feedbacks, the agent learns automatically and improves its performance. The agent interacts with and investigates the environment in reinforcement learning. An agent's purpose is to earn the greatest reward points, so it enhances its performance.

Reinforcement learning is demonstrated by the robotic dog, which automatically learns how to move his arms.

Note: In coming chapters, we'll go through the various types of machine learning in greater depth.

Machine learning used to be science fiction (around 40-50 years ago), but it is now a part of our everyday lives. From self-driving cars to Amazon's virtual assistant "Alexa," machine learning is making our lives easier. Machine learning, on the other hand, is a very old concept with a long history. The following are some significant events in the history of machine learning:

1834: Charles Babbage, the father of the computer, devised a system that could be programmed using punch cards in 1834. Despite the fact that the machine was never built, its logical structure is used by all modern computers.

1936: Alan Turing proposed a theory in 1936 on how a machine can determine and execute a set of instructions.

The era of stored program computers:

1940: The first manually operated computer, the "ENIAC," was invented in 1940, and it was the first electronic general-purpose computer. After that, computers with stored programs were invented, such as the EDSAC in 1949 and the EDVAC in 1951.

1943: In 1943, an electrical circuit was used to represent a human neural network. The scientists began putting their theory into practice in 1950, examining how human neurons might function.

1950: In 1950, Alan Turing published a seminal study on artificial intelligence called "Computer Machinery and Intelligence." "Can machines think?" he wondered in his paper.

1952: In 1952, Arthur Samuel, a machine learning pioneer, built a program that assisted an IBM computer in playing the checkers game. The more it was used, the better it became.

1959: Arthur Samuel who invented the term "machine learning" for the first time in 1959.

The years 1974 to 1980 were a difficult time for AI and machine learning researchers, and this period was dubbed "AI winter."

During this time, machine translation failed, and people's interest in AI waned, resulting in lower government funding for research.

Machine Learning from theory to reality

1959: Using an adaptive filter to reduce echoes over phone lines, the first neural network was applied to a real-world situation in 1959.

1985: Terry Sejnowski and Charles Rosenberg developed NETtalk, a neural network that taught itself how to accurately speak 20,000 words in a week.

2006: In the year 2006, computer scientist Geoffrey Hinton coined the term "deep learning" to describe neural net research, and it has since become one of the most popular technologies.

2012: Google developed a deep neural network that trained to detect humans and pets in YouTube footage in 2012. The Chabot "Eugen Goostman" passed the Turing Test in 2014. The first Chabot was the one who persuaded the 33% of human judges that it wasn't a machine.

2014: Facebook released DeepFace, a deep neural network that claimed to be able to detect people with the same precision as a human.

2017: In 2017, the Jigsaw team at Alphabet created an artificial system that could learn about internet trolling. To learn how to stop online trolling, it utilized to read millions of comments on various websites.

Machine learning has made significant progress in its studies, and it can now be found in a variety of places, including self-driving cars, Amazon Alexa, Catboats, recommender systems, and many others. It comprises clustering, classification, decision trees, and SVM algorithms, as well as supervised, unsupervised, and reinforcement learning.
Weather prediction, disease prediction, stock market analysis, and other predictions may all be made using modern machine learning algorithms.

Our Machine Learning lesson is intended for both beginners and experts.

We guarantee that learning our Machine Learning lesson will not be difficult for you. However, if you find a flaw in this guide, please let us know via the contact form so that we can fix it.