What is Linear Regression in Machine Learning?

One of the most basic and widely used Machine Learning methods is linear regression. It's a statistical technique for performing predictive analysis. Sales, salary, age, product price, and other continuous/real or numeric variables are predicted using linear regression.

The link between the variables is represented by a slanted straight line in the linear regression model. Consider the following illustration: 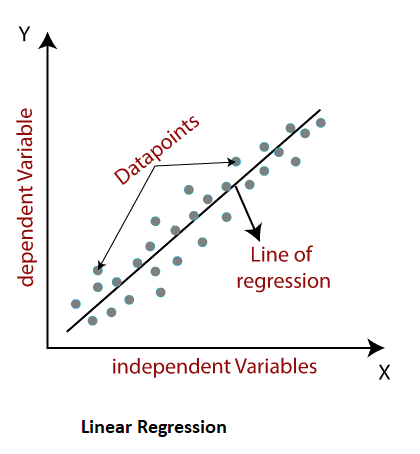 Mathematically, we can represent a linear regression as:

Here,
Y = Dependent Variable (Target Variable)
X = Independent Variable (predictor Variable)
a0= intercept of the line (Gives an additional degree of freedom)
a1 = Linear regression coefficient (scale factor to each input value).
ε = random error
The values for the x and y variables are training datasets for the representation of a Linear Regression model. 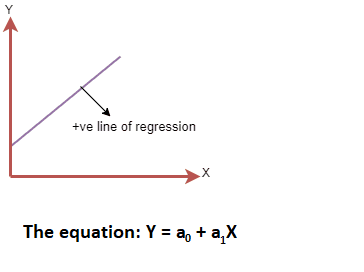 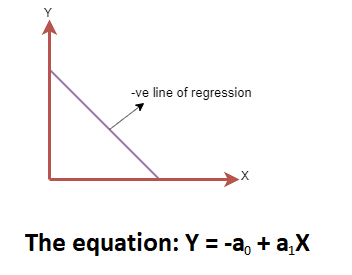 When using linear regression, our major goal is to identify the best fit line, which means that the difference between projected and actual values should be as little as possible. The line with the best fit will have the least amount of inaccuracy.

Different weights or coefficients of lines (a0, a1) produce different regression lines, thus we must determine the optimal values for a0 and a1 to obtain the best fit line, which we can do using the cost function.

We utilize the Mean Squared Error (MSE) cost function for Linear Regression, which is the average of squared errors between predicted and actual values. It is possible to write it.

For the above linear equation, MSE can be calculated as:

Where,
N=Total number of observation

The Goodness of Fit is a measure of how well a regression line fits a collection of data. Optimization is the process of selecting the optimal model from a set of options. It can be accomplished using the following method:

The following are some key assumptions in linear regression. These are some formal checks that should be performed while developing a Linear Regression model to verify that the best possible result is obtained from the dataset.