What is Decision Tree Classification Algorithm? 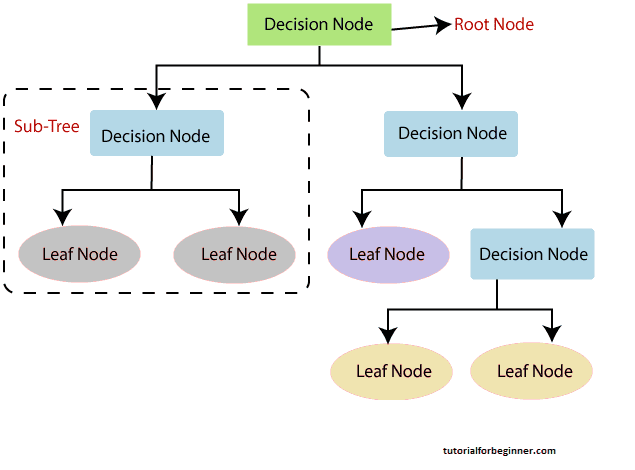 Why use Decision Trees?

Machine learning uses a variety of algorithms, therefore picking the optimal approach for the given dataset and problem is the most important thing to remember while building a machine learning model. The following are two reasons to use the Decision Tree:
Decision Trees are designed to mirror human thinking abilities when making decisions, making them simple to comprehend. Because the decision tree has a tree-like form, the rationale behind it is simple to comprehend.

The root node: It is the starting point for the decision tree. It represents the full dataset, which is then split into two or more homogeneous groups.
Leaf Node: Leaf nodes are the tree's final output nodes, and they can't be separated any further after that.
Splitting: Splitting is the process of separating the decision node/root node into sub-nodes based on the conditions specified.
Branch/Sub Tree: A tree that has been split into branches or subtrees.
Pruning: It is the procedure of pruning a tree to remove undesired branches.
Parent/Child node: The root node of the tree is known as the parent node, while the remaining nodes are known as the child nodes.

How does the Decision Tree algorithm Work?

The procedure for determining the class of a given dataset in a decision tree starts at the root node of the tree. This algorithm checks the values of the root attribute with the values of the record (actual dataset) attribute and then follows the branch and jumps to the next node based on the comparison.
The algorithm compares the attribute value with the other sub-nodes and moves on to the next node. It repeats the process until it reaches the tree's leaf node. The following algorithm can help you understand the entire process:
Step 1: Start with the root node, which holds the entire dataset, explains S.
Step 2: Using the Attribute Selection Measure, find the best attribute in the dataset (ASM).
Step 3: Subdivide the S into subsets that contain the best attribute's possible values.
Step 4: Create the node of the decision tree that has the best attribute.
Step 5: Create additional decision trees in a recursive manner using the subsets of the dataset obtained in step 3. Continue this process until the nodes can no longer be classified, at which point the final node is referred to as a leaf node. 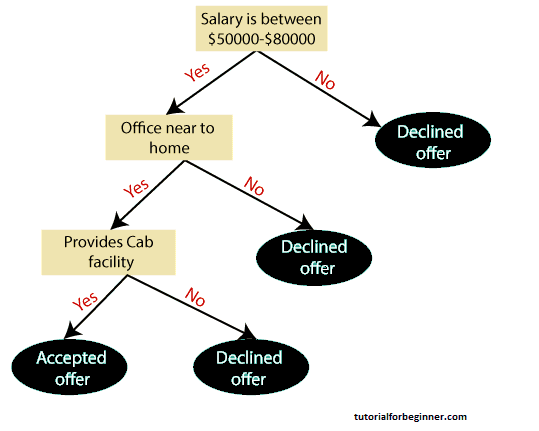 The biggest challenge that emerges while developing a Decision tree is how to choose the best attribute for the root node and sub-nodes. So, there is a technique called Attribute Selection Measure, or ASM, that can be used to overcome such situations. We can easily determine the best property for the tree's nodes using this measurement. The following are two popular ASM techniques:

Entropy: It is a metric for determining the degree of impurity in a particular property. It denotes the randomness of data. The following formula can be used to compute entropy:
Entropy(s)= -P(yes)log2 P(yes)- P(no) log2 P(no)

Pruning: Getting an Optimal Decision tree

Pruning is a process of deleting the unnecessary nodes from a tree in order to get the optimal decision tree.
Overfitting is more likely with a large tree, yet a small tree may not capture all of the key properties of the dataset. Pruning is a strategy for reducing the size of the learning tree without reducing accuracy. Tree pruning technology is mostly divided into two categories:

Advantages of the Decision Tree

Disadvantages of the Decision Tree

Now we'll use Python to implement the Decision Tree. We'll use the "user_data.csv" dataset, which we've used in earlier classification models. We may compare the Decision tree classifier to other classification models such as KNN SVM, LogisticRegression, and others using the same dataset.
The steps, which are listed below, will also remain the same.

Below is the code for the pre-processing step

In the above code, we have pre-processed the data. Where we have loaded the dataset, which is given as: 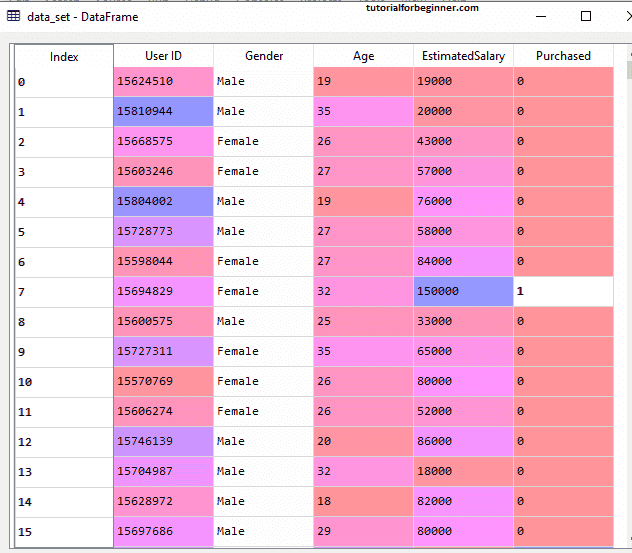 2. Fitting a Decision-Tree algorithm to the Training set

We'll now match the model to the training set. We'll use the DecisionTreeClassifier class from the sklearn.tree package for this. The code for it is as follows:

We constructed a classifier object in the preceding code and passed two major arguments to it;

The result is as follows:

Now we'll forecast the outcome of the test set. We're going to make a new prediction vector called y pred. The code for it is as follows:

The expected and real test outputs are shown in the output image below. There are some values in the prediction vector that deviate from the true vector values, as can be seen. These are errors in prediction. 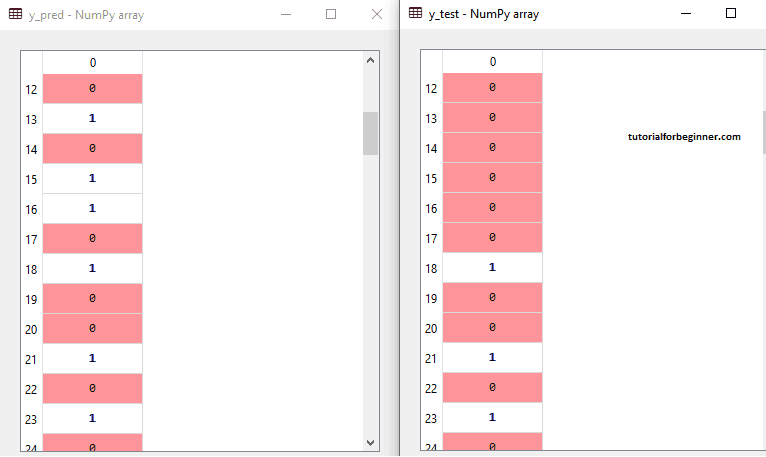 4. Test accuracy of the result (Creation of Confusion matrix)

We can see that there were some wrong guesses in the above output, therefore we'll need to utilize the confusion matrix to figure out how many correct and incorrect predictions there were. The code for it is as follows: 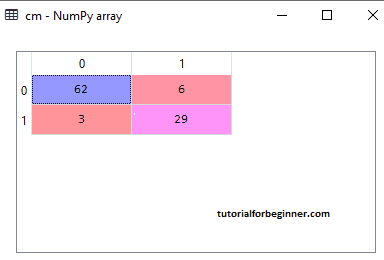 The confusion matrix may be seen in the above output graphic, with 6+3= 9 wrong predictions and 62+29=91 right predictions. As a result, we may conclude that the Decision Tree classifier made an excellent prediction when compared to other classification models. 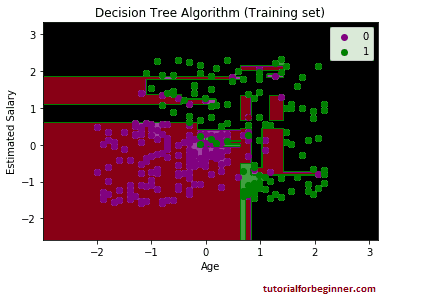 The output seen above differs significantly from the rest of the classification models. It features both vertical and horizontal lines that divide the dataset into age and predicted pay categories.
As can be seen, the tree is attempting to capture each dataset, resulting in overfitting. 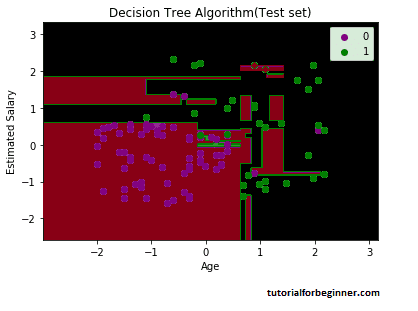 As can be seen in the accompanying graphic, some green data points are contained within the purple zone, and vice versa. So, these are the wrong predictions that we talked about in the confusion matrix.