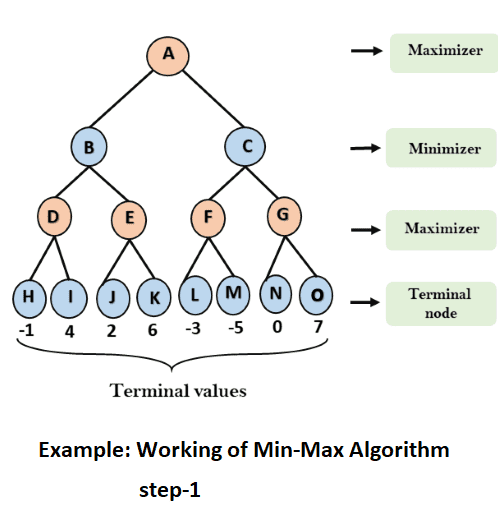 Step 2: Next, we'll locate the Maximizer's utilities value, which is -, and compare each value in the terminal state to the Maximizer's initial value to determine the upper nodes' values. It will select the best option from all of them. 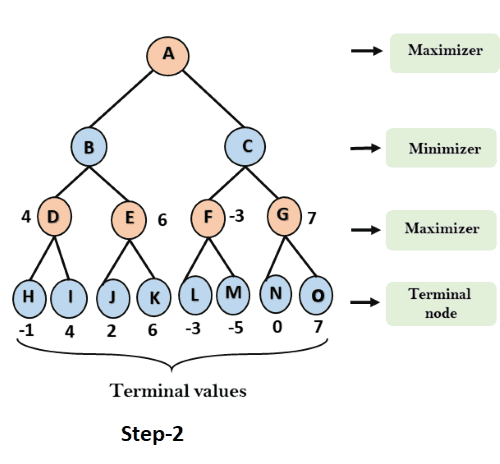 Step 3: Now it's the minimizer's time, thus it'll compare all nodes' values with + and determine the 3rd layer node values. 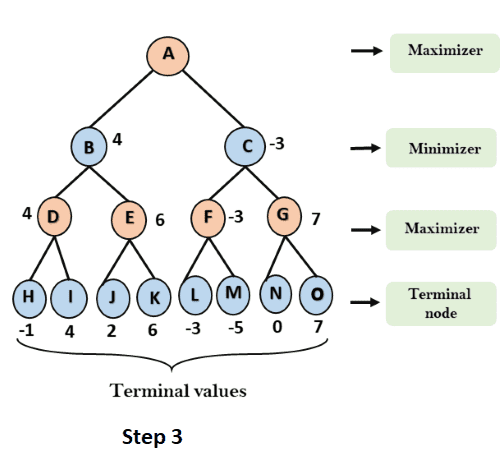 In the next step, algorithm traverse the next successor of Node B which is node E, and the values of α = -∞, and β = 3 will also be passed.

Step 4: Now it's Maximizer's turn, and it'll choose the maximum value of all nodes and locate the root node's maximum value. There are only four layers in this game tree, so we can go to the root node right away, but there will be more layers in real games.
For node A max(4, -3)= 4 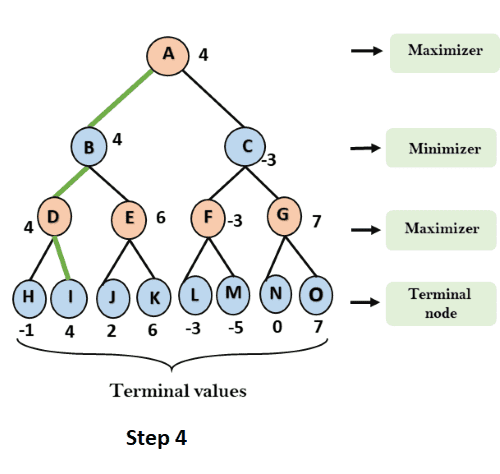 That was the complete workflow of the minimax two player game.

Limitation of the minimax Algorithm:

The biggest disadvantage of the minimax algorithm is that it becomes extremely slow while playing complex games like chess or go. This style of game contains a lot of branching, and the player has a lot of options to choose from. The minimax algorithm's drawback can be alleviated by using alpha-beta pruning , which we will explore in the next section. the depth to which the tree can grow.